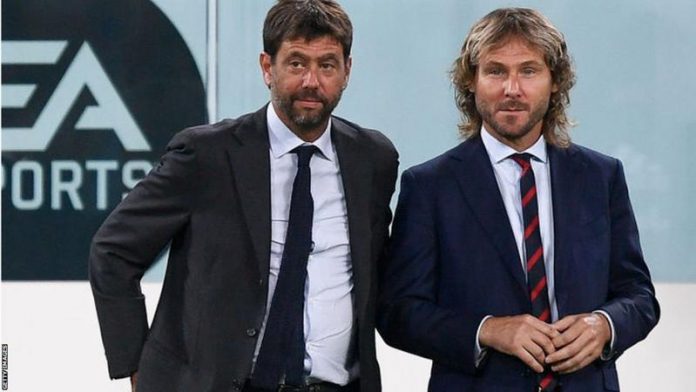 Uefa has opened an investigation into Juventus for potential breaches of its club licensing and financial fair play regulations.

In August, Uefa reached a settlement with Juve on the basis of financial information for between 2018 and 2022, and on Monday the club’s entire board resigned over accounting.

Reuters reported on Thursday that Italian prosecutors have requested that former Juve chairman Andrea Agnelli, 11 others and the club itself stand trial over allegations of false accounting.

Prosecutors in Turin, where Juve are based, have been investigating the club’s accounting and statements made to financial markets over the past three years

They have looked into the values ascribed to player transfers between clubs and whether, as stated, salaries were sacrificed during the Covid-19 pandemic or simply deferred.

Spain’s La Liga released a statement on Tuesday, renewing its calls for “immediate sports sanctions” to be placed on Juve, who finished fourth in the league last season and made a €254.3m (£220m) loss – a record in Italy.

Last November, Juventus said they were co-operating with police after an investigation was launched into the club’s transfers.

Uefa’s club financial control body (CFCB) first chamber reached a settlement based on information submitted by Juve pertaining to the financial years ending in 2018, 2019, 2020, 2021 and 2022.

Uefa said its new investigation would focus on the “alleged financial violations that were recently made public” by Italian investigators.

Russia Adds the Egyptian Pound to its Exchange Rate List: What...

Ruto says he won the election fair and squre, tells off...