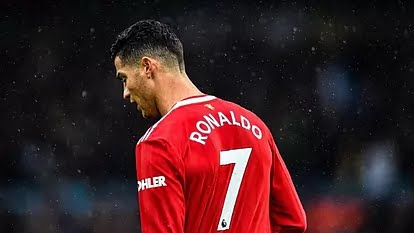 Cristiano Ronaldo is still an influential player at the grand old age of 37 and, despite Manchester United’s problems, is their top scorer with 15 goals this season.

However, French World Cup Winner Frank Leboeuf has urged the Portuguese superstar to consider retiring so that he does not leave the sport on a low point.

Ronaldo is evidently not the player he once was at Real Madrid, and the Frenchman feels that it would do his legacy good if he quit on a high rather than prolong his career and see his powers wain.

“Do you know what? I think there is a time where you have to think: ‘What do I do with my life and my career’,” the Frenchman told ESPN

“And maybe it’s time for Cristiano Ronaldo at the end of his career to wonder and have a discussion with himself, and maybe some of his family, to know what he has to do for the rest of his career, if there is a future in his career.

“I don’t want to watch Ronaldo and have pity, because he’s been on the top for so many years.

“I don’t want him to be a normal player. He’s been an exceptional player for so long.”

“I’d prefer him to give up his career at the top instead of maybe trying and play for two or three more years and not being the player that he used to be.”