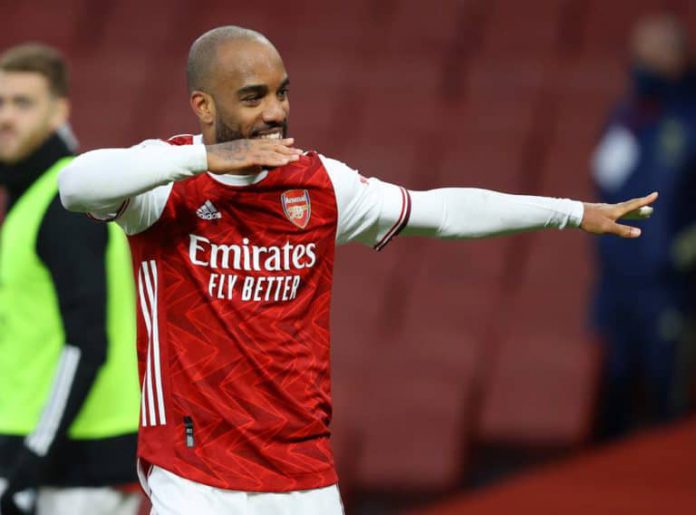 Alexandre Lacazette has been appointed as Arsenal’s new club captain for the rest of the season, manager Mikel Arteta has confirmed.

The Gunners have been without a permanent skipper since Pierre-Emerick Aubamayang was stripped of the honour after a third disciplinary breach – and the Gabon striker has since joined Barcelona on a free transfer.

Lacazette has been handed the armband on a number of occasions since and has now been handed the role permanently for the remainder of the campaign, as confirmed by Arteta in his press conference ahead of their trip to Wolves.

Alexandre Lacazette has been appointed as Arsenal’s new captain for the rest of the season.

The Frenchman himself looks likely to leave the Emirates at the end of the season, but is one of the club’s more experienced players aged 30, having made nearly 200 appearances for the team.

He is one of the most influential names in the dressing room – but has not been able to have the same impact on the pitch this season. He has scored just three league goals – five in all competitions – and there will be even more pressure on him to produce with Aubameyang gone.

Lacazette and Aubameyang were close friends at Arsenal, and the former Lyon man penned an emotional tribute to him after his exit.

We Asked ChatGPT What it Means for Egypt