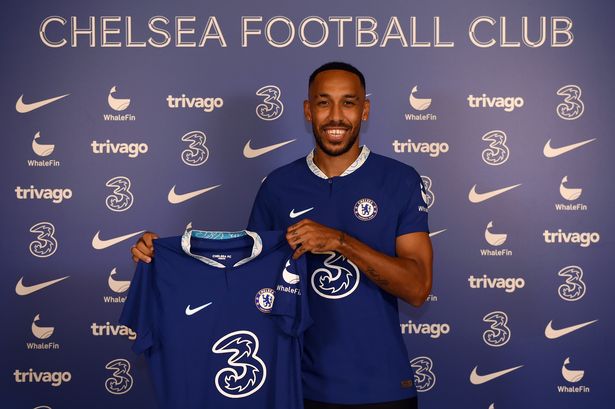 Chelsea striker, Pierre-Emerick Aubameyang has credited Christophe Galtier, the current manager of Paris Saint-Germain, for giving him confidence as a goal scorer.

Ahead of a likely Blues Premier League debut against Crystal Palace this coming weekend, the Gabonese striker has talked through some of the challenges that faced him earlier in his career, in an interview with teammate Wesley Fofana on Chelsea’s YouTube channel.

“I’ve been through a lot of bad moments. I mean, not injury. At the beginning of my career, everyone was talking about me like a sprinter only. You know, this hurts sometimes because you know where you come from,” said Aubameyang, who joined Chelsea from Barcelona.

“You know that you went through a lot of stuff and you always try your best. Some people, even from your club, they say that you are not good at playing football.

“After that I changed my mind and when I arrived at Saint-Etienne I was happy because Christophe Galtier, at that time, gave me the confidence and it changed everything in my career and this is where I started scoring goals.”

`Auba’ moved from Saint-Etienne to Borussia Dortmund in 2013 and enjoyed a prolific spell in Germany, before joining Arsenal in January 2018.

Speaking about his time in the English capital, he added: “What I like about London is there are a lot of clubs. The rivalry between clubs is crazy. Always the London derbies. I love the atmosphere in the stadium.”

The driving forces behind crypto adoption in Africa in 2022