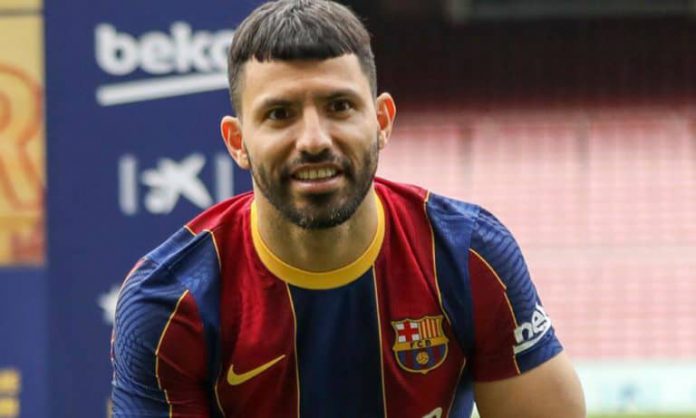 Sergio Aguero has revealed that he plans to be at the World Cup with Argentina this winter as part of the coaching staff.

The Manchester City legend, 33, would have hoped to be part of Lionel Scaloni’s squad as a player.

But after being forced to retire in December following a diagnosis of cardiac arrhythmia, Aguero now has other plans.

Such is the former striker’s passion for his country, that he will try to assist the squad as a coach in Qatar.

Speaking in an interview with Argentine broadcaster Radio 10, he said: “I’m going to the World Cup in Qatar. We are going to have a meeting this week.

“I want to be there. The idea is for me to be incorporated into the coaching staff, I spoke with [boss Lionel] Scaloni and [president Claudio] Tapia.”

Aguero’s coaching plan will enable him to join up with pal Lionel Messi, as the seven-time Ballon d’Or winner aims to finally add the World Cup to his bulging trophy cabinet.
Speaking on Twitch, Aguero also admitted just how serious his condition feels.

He said: “If I try to play football now, I run out of breath. “Sometimes I wonder if I will ever be able to sprint again. I just feel like my heart doesn’t work properly.”

Earlier this month, he opened up on the terrifying fortnight that followed his initial scare during his final game – Barcelona’s 1-1 draw with Alaves on October 30.

He said: “The first 15 days I had a terrible time. “When it happened, I thought it was nothing and that I was going to be fine, but when I arrived in the hospital and they left me in a small room alone with a lot of monitors around me.

“I realised something was bad. And after two days hospitalised, I started to become nervous.”

Eskom to offer staff incentives for keeping the lights on

Who leads NPP for 2024 presidential election?