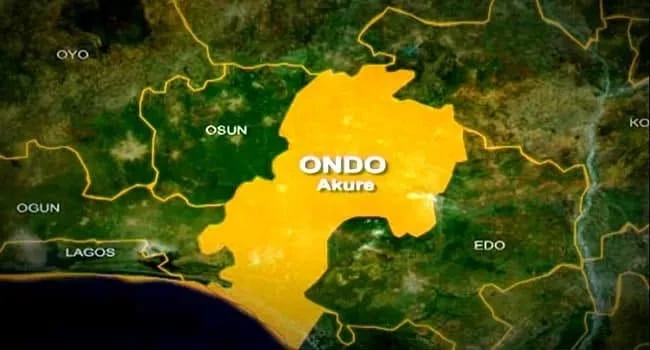 The Ondo State Police Command has arrested a middle-aged man identified as Muyiwa for allegedly killing his stepdaughter, Seyifunmi Oluwarotimi.

It was gathered that the incident occurred in Akungba-Akoko in Akoko South West Local Government Area of the state in the early hours of Friday, September 23, 2022.

According to report, the mother of the little girl discovered life-threatening wounds on the body of the girl when she failed to wake up on time on Friday morning.

A source disclosed that the alleged stepfather had taken the girl out in the middle of the night to urinate.

“Both the wife and husband are living together, but Muyiwa was said to have taken Seyifunmi outside the house around 2 am to urinate. He has been doing this most nights to avoid bed-wetting, but when he returned with his stepdaughter this time, no one knew what happened exactly,” the source recounted.

His wife raised alarm after she saw the wounds all over her daughter’s body in the morning and had to rush the girl to the hospital.

The source added that the police were alerted by residents after the child was rushed to a nearby hospital where she was confirmed dead.

Spokesperson of the command, Funmilayo Odunlami, who confirmed the incident said the suspect has been arrested.

She stated that the corpse of the young girl has been deposited at the morgue while an investigation has commenced to unravel the cause of the bruises on her body, leading to her death.

How COVID-19 Hinders Immunisation Puts Millions of Children At Risk, By...