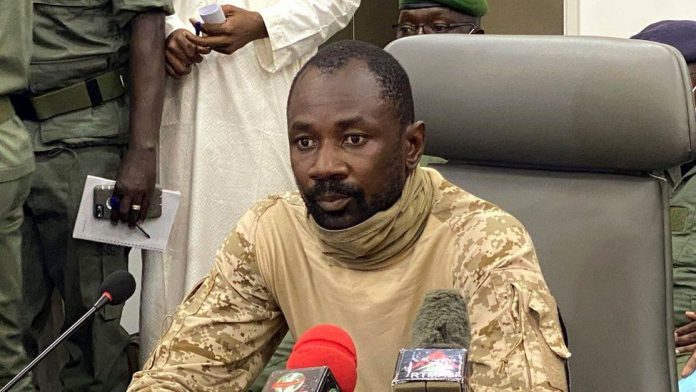 Religious Affairs Minister, Mamadou Kone told AFP that a man had “tried to kill the president with a knife” but was apprehended. The attack happened as an imam was directing worshippers outside the mosque for a ritual animal sacrifice.

According to AFP, Goita was whisked away and there was blood at the scene, though it was not clear who had been wounded.

Later on Tuesday, Goita announced that he was doing “very well” following the attack.

In a statement broadcast on state television channel ORTM, the interim President said:

“That’s part of being a leader, there are always malcontents.

“There are people who at any time may want to try things to cause instability.”

Al Jazeera’s Ahmed Idris reporting from Abuja, Nigeria, said on the ground reports suggested the attacker “posed as an usher” for the mosque.

“When Goita was passing by, he [the attacker] lunged at him. Another report said he was stabbed in the arm, but these are not confirmed yet.

“Right now we’re not clear whether the attacker is a member of the armed groups that have been operating in Mali and across the border in Burkina Faso and Niger. Or a military officer or even a civilian who is not happy with the government.”

NIPR Expresses Anger Over Appointment of Non-Professional As DHQ Spokesperson

Olamide reveals why he works with upcoming acts

Northern elders condemn rising spate of insecurity across the country