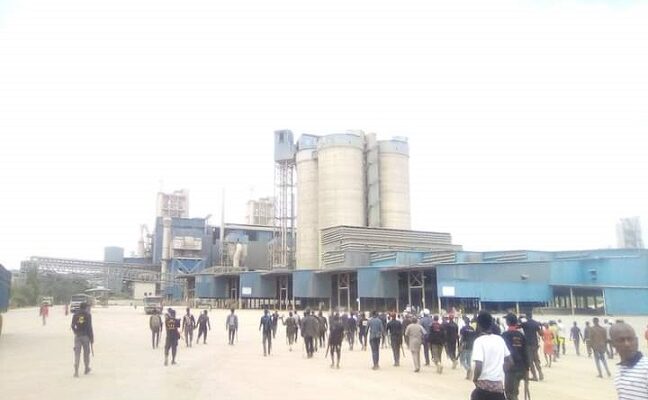 The hoodlums who invaded the Obajana plant and shot some staff would be arrested and brought to justice, the management of Dangote Cement Plc, has assured all its staff and customers

Armed thugs and some vigilante groups had occupied the Obajana plant on Wednesday to effect a shutdown ordered by Governor Yahaya Bello-led government.

In the ensuing rumpus, 26 staffers of the cement company were shot at with bullet wounds in their bodies.
However, while reacting on Friday in Lagos, Michel Punchercos, Managing Director, Dangote Cement Plc, vowed to deploy full legal action to arrest the attackers.

He pointed out that the welfare of the company’s staff remained a key focus as the company worked hard to minimise the further impact on its people and operations.

“The management of Dangote Cement Plc, wishes to inform members of the public, especially its customers and other stakeholders of the recent invasion of its Obajana Cement Plant, Kogi by armed vigilantes on the orders of the state government.

“The vigilantes, led by some officials of the state government, were apparently acting on a resolution of the Kogi state House of Assembly on controversial tax claims.

“Claims that the state government had also contradicted when he said the shutdown was due to an alleged invalid acquisition of the company by Dangote Industries Ltd.

“In the process of forcefully evicting the workers to enforce the shutdown, the vigilantes shot at 27 of our workers and also destroyed some of the company’s property at the plant.

“While we reiterate that the Obajana Cement plant is 100 per cent owned by Dangote Cement PLC, we remain resolute in transforming Africa, while creating sustainable value for our people, communities, investors and customers,” he said.

Military airlifts teachers to schools near Boni Forest over insecurity

Ugandan Teacher allegedly elopes with Teenage Student and impregnate her