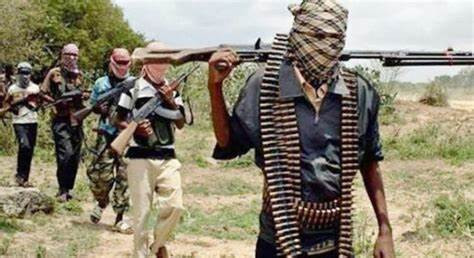 Bandits suspected to be loyal to factional leader Bello Turji, have reportedly killed at least 5 people after opening fire on a vehicle conveying 24 people from Sabon Birni to Rijiyar Ladan village in Sabon Birni local government area of Sokoto State.

It was gathered that the attack occurred at Gidan Bawa junction on Monday morning, November 6. In a video provided by Rundunar Adalci, a human rights group in Sokoto State, one of the victims (name withheld) said the bandits opened fire on the vehicle and set it ablaze.

The victim, sitting on an hospital bed with burn wounds on his body, said two of them “miraculously escaped from the burning vehicle.”

“I’m from Rumbukawa. We were attacked by bandits yesterday before we reached Bayin Gidan Bawa. They shot several people that tried to escape and burnt down the vehicle. I don’t know what happened to my co-passengers but two of us miraculously escaped death.”

“They were 24 people including men and women in the bus. There were several infants and children in the vehicle. For now, we have eight people with several degrees of injuries that have been taken to the General Hospital in Isa town. The chairman of Isa town has settled the medical bills.”

The Rundunar Adalci coordinator said out of the five people that died at the hospital, four are women.

Corrie Pretorius sentenced to prison for assaulting teen over salt