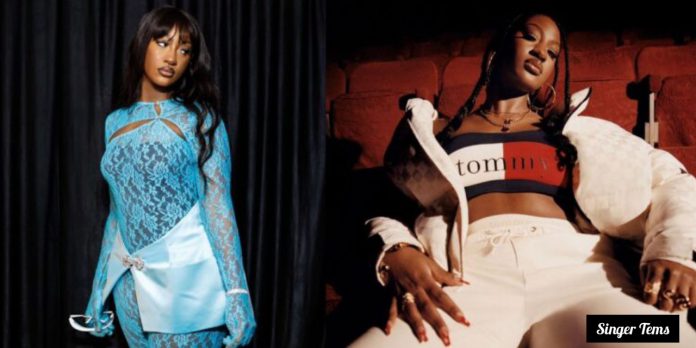 Nigerian singer, Temilade Openiyi, popularly known as Tems, has lambasted a troll who berated her for not releasing an album this year.

This started when one of her followers took to Twitter to remind the ‘essence’ crooner that she promised to drop an album in 2022 but the year is almost over and she’s yet to make any announcement.

“@temsbaby promised us an album this year but as we no come hear anything like dis nko?” the fan asked.

However, a troll was displeased with her decision to postpone her album release and berated every female artiste in Nigeria, using Tems as her reference.

According to the troll, she doesn’t take female singers seriously because they don’t hustle hard like their male counterparts, and that they start misbehaving once they become famous.

“Next year loun, loun. Nah why I no dey take female artiste serious, they don’t have that hustle spirit like men . Little fame like this, they will start doing anyhow”, she tweeted.

However, the 27-year-old singer felt offended by the troll’s statement and lambasted her for underrating the hardwork artistes put into their craft, stating that she won’t last a day in the industry.

“SHIOT UP! You won’t last a day doing this shit,” she responded.

Police pick up 40 students of Krobea Asante Technical and Vocational...

Those who say I am done with music have no idea...