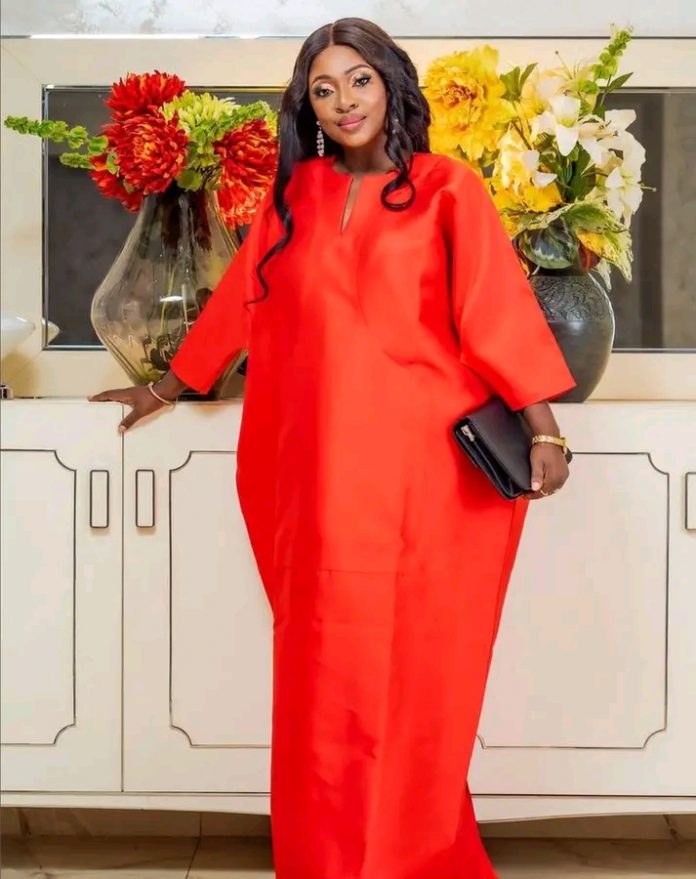 Nollywood actress Yvonne Jegede has opened up on her relationship with ex-husband, actor, Olakunle Fawole, popularly known as Abounce.

In a chat with fellow actress Mercy Johnson, Jegede claimed Olakunle has refused to visit or support their son Xavier.

Speaking of her failed marriage, the actress said: “First of all, I dey fear. How I wan tell people say I no wan do again, marriage wey never even reach two years, say I no want. I don see the future say the future no dey so na to reverse comot for there”.

When Mercy asked if the estranged couple still communicate with each other, Yvonne said: “We don’t talk. He doesn’t come around, he doesn’t call, he doesn’t do nothing. I don’t know what it is that could cause a friendship… because apart from the marriage, we had a good, very solid friendship. I think I still look at that friendship and believe this thing wey we dey experience now, we no suppose to, at least that friendship wey we get supposed to cover up for somethings. He no dey call.”

“Even the first time wey he come house, when he finally publicly accept say na him pikin I born, I give am ultimatum say if he no come, once my pikin reach five years, I go remove his surname comot for him name because I get to put Jegede Fawole for there because I know as I take suffer go America go born the pikin.”

Jegede also revealed that her ex-husband does not celebrate their son on his birthdays and has never called to ask after his wellbeing.

“He doesn’t wish him happy birthday on his birthdays. He doesn’t call him to ask after his wellbeing, he just doesn’t care that he has a son somewhere.

Your gift is in my hand, yet you don’t care. You see, one moment I dreaded the most is for my child to wake up one day and ask where is my father and it has started happening.

“One day when he asked, I had to send messages to his siblings to ask him to come and check up on him, but it yielded no result.

“It was so bad that my father had to represent my son at school for a father’s day event they recently had. It was embarrassing for me but I’m waiting to see when he will show up or if he wouldn’t till the boy turns 18.”

Lack of transparency shows government ‘has no plan’ to address school...

Seun Kuti: Parents should not compel kids to be like them

Yes, I have changed, move on with your lives, Adekunle Gold...