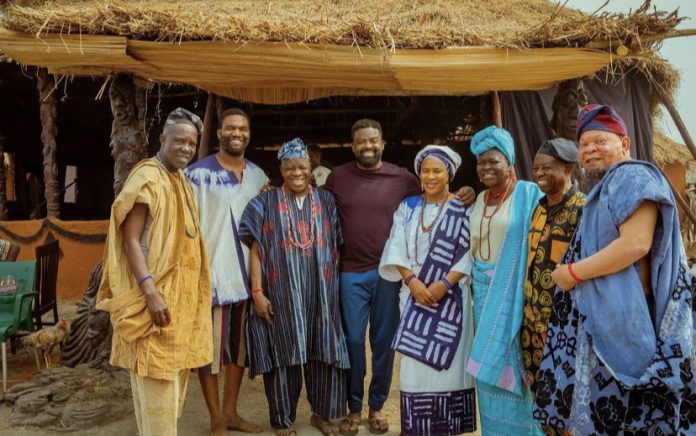 Nigerian actor, producer and director, Kunle Afolayan has taken to social media to notify movie  that he is set to amaze them once more, as he unveils his studio’s primary film project of for this year.

Afolayan on his Instagram post revealed first-look images, disclosing that the movie production is currently going on at KAP newly owned film village in Oyo state.

According to him, the story promises to leave film lovers dazzled as it will explore similar themes as HBO’s hit series Game of Thrones but with an expression of the Yoruba culture.

He wrote: “Imagine a movie like the game of thrones recreated in Nigeria but with a better representation of our culture. If you are a true fan of productions born out of Golden Effects Pictures and KAP Motion Pictures, then your imaginations should be running wild.

“I have not been sexually harassed” – Actress, Caroline Igben

“My whole face” – Davido gushes over striking resemblance with his...