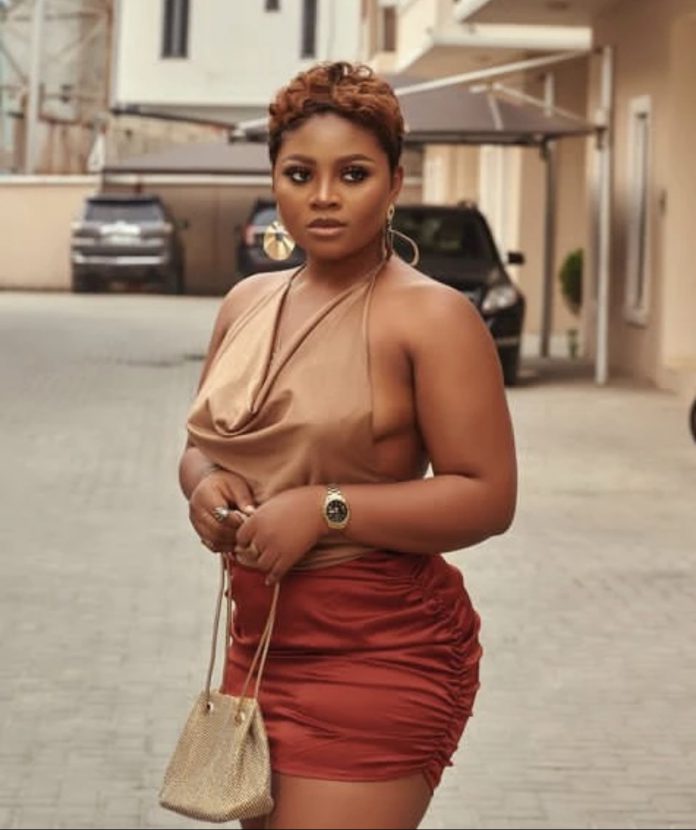 Reality TV star and actress, Tega, has revealed that she would rather stay single than endure a marriage without mutual respect and understanding.
In a post released on Instagram, following news of actress Funke Akindele’s marriage crash, the mother of one recently disclosed that she and her husband, Ajeboh, had called it quits since 2020.
According to Tega, men do not endure in marriage; hence, she would prefer to live a fulfilling single life than put up with an abusive marriage without mutual respect.
However Tega took to her Insta-story and wrote,“I’d rather have my single life than some of the ndi ‘my marriage will work or is working’ marriage, pls, I am of the 2% that will say no to rubbish.
Its either 100 investment or not, don’t come telling me I should endure, dear woman do not endure (if you like o), if you both aint bringing 100 to the table then gtfo. I can be a fool for u but if I don’t see same, I don go. Mutual respect and understanding its for me thanks”.
In a related news, Tega has revealed why she claimed to be married in the house despite being separated before her participation in the reality show.
The reality TV star who claimed she was married on the show faced heavy criticism from Nigerians on social media for being involved with fellow reality TV star, Boma, tagging her conduct on the show as a disrespect to the institution of marriage.
However, on the episode of the reunion show, Tega explained why she claimed she was married on the show as it was her strategy for the game.

Angel smith gives reason for her regret in participating in BBN