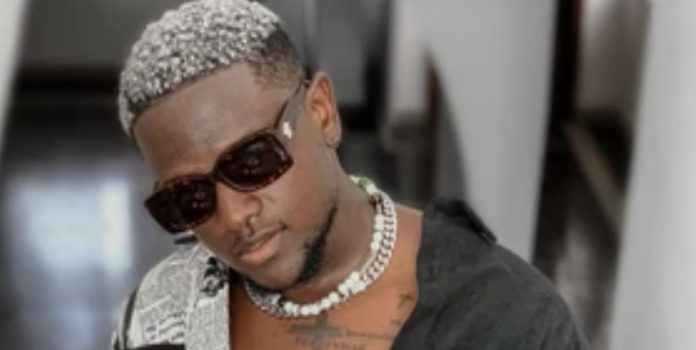 Liberia’s RNB and Afrobeat artiste, Lourell George, Popularly known as Stunna, has aimed to popularise Liberian music in Ghana and other African countries
According to the artiste, he wants to push Liberian music to an international level and has embarked on a series of tours on the African continent and Europe to be able to accomplish the mission.
‘I want Liberian music to be followed just like Ghana’s and Nigeria’s. My primary goal is to make Liberian music better and explore to an international level where everyone will get glued to Liberian culture and entertainment.
”My appearance on the BBC has set the pace to showcase Liberian culture on the international stage,” he said this during an interview about his music and visit to Ghana.
The RNB hitmaker is a leading member of Aeg Group and a managing partner of the 50/50 Entertainment record label, an outfit that has been doing extremely well in branding and shifting the perspective of Liberian music to an international level.
Meanwhile, Stunna has received massive commendation from Ghanaian-Netherland artiste Smallgod who has touted him as the next biggest music star from Liberia.
Stunna has also been one of Liberia’s trending musicians and has won several accolades such as RNB Artist of the Year 2018 (Tunes Liberia), MLMA Afropop Artist of the Year 2020, and MLMA Video of the Year 2021.
However, the sensational vocalist has numerous hit songs to his credit including ”Baby o”, ”Mr. Right’, and ”For Life” with his latest track ”Green Light” that’s currently making waves .

2023 Election: Nasty Blaq opens up after being dragged for endorsing...