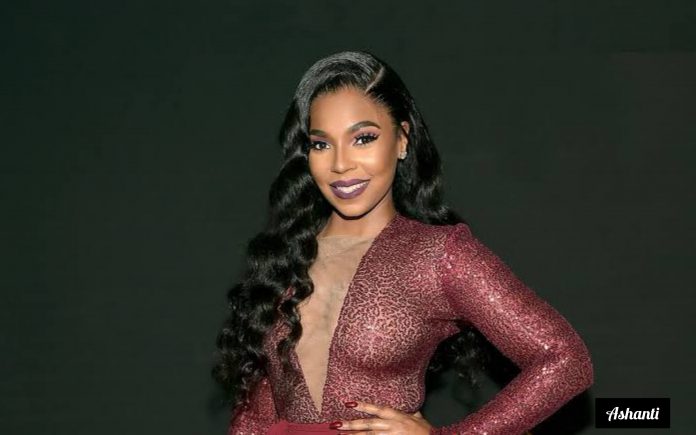 American Singer, Ashanti has announced her intention to fly to Ghana and experience its culture.
The singer was interviewed on Ebro’s show and, referring to her name, she was asked if she has had the chance to visit Ghana.
Surprisingly, at the mention of Ghana, Ashanti’s eyes lit up and she announced she had planned to come in 2019, unfortunately, she broke her ankle, and she couldn’t even though she was still ready to go.
However, she stated that she is flying out in December to experience the country as she was devastated that she missed “the year of return.”
Meanwhile, there’s a major ethnic group of the Akans in Ghana called ‘The Ashanti’, also known as ‘Ashante’. The wealthy, gold-rich Asante people developed the large and influential Asante Empire, along Lake Volta and the Gulf of Guinea. The empire was founded in 1670, and the Asante capital Kumasi was founded in 1680.

We don’t recognize Ruto as President of Kenya, Raila says of...

Dating rumour sparks coming together of Rosie and Ruggedman