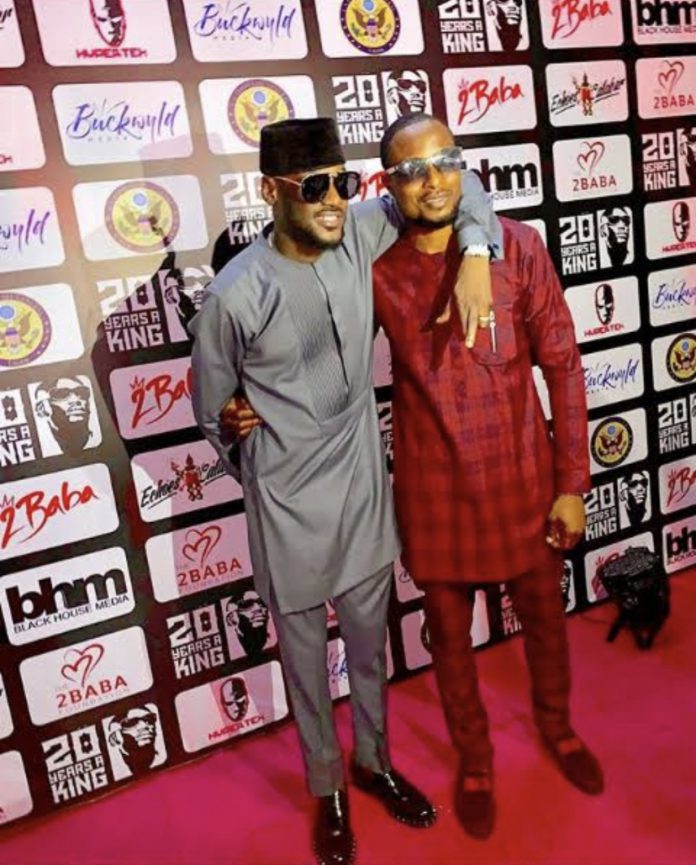 Innocent Idibia, the Nigerian singer better known as 2Baba, has consoled Chibuzor ‘Faze’ Oji, his colleague, over the passing of his mother.

The ‘Amaka’ crooner shared the funeral poster of the deceased on his Instagram story on Thursday.

2Baba also called on his followers to put Faze and his entire family in prayers while comforting the “Idogwu”.

“ Pls join me to felicitate in prayers for my brother Faze, Idogwu and the entire family. RIP Mama,” he wrote.

Faze had recently announced the death of his mother.

“I don’t know how to express what’s in my heart. My heart is heavy. My Mum passed on last Wednesday, January 12th. This, after my twin sister left this world last year,” he had written.

“I don’t know why so many good people I love are leaving but I just hold on to the thought that God is God and he knows what he is doing.

“It is well. I just thank him (God) that she lived a full life and is done with the troubles of this world. Rest well Mummy.”

In February last year, the musician had also revealed his twin sister died — two days before their birthday.

2Baba and Faze are former members of Plantashun Boiz, a defunct group, alongside Blackface.

I want to donate N1billion for 2023 polls – Naira Marley declares

“If I fit I go buy airplane for mine” – Annie Idibia

Tiwa Savage speaks, says she’s being blackmailed for doing what is...

Burna Boy would be interrogated over shooting in Lagos club would...